Well, it seems the politics were fairly quiet yesterday. Everyone took 9/11 to be a respectful time. Although for the people who didn't know, yesterday was Patriot Day. Today, however is not Patriot Day so now we can be free to make some comments about it.

In what seemed a a good idea at the time by a joint resolution of Congress and the President's signature on 9/4/2003. We have another non-holiday on the calendar for 9/11 called Patriot Day. Is this a bad thing? I suppose it depends on your definitions of patriot.

If you take Princeton's : "one who loves and defends his or her country" it is certainly fine.

If you take Ambrose Bierce's "n. One to whom the interests of a part seem superior to those of the whole. The dupe of statesmen and the tool of conquerors." Then I think we have a problem.

The problem is that we have too many people who seem to fall into the second definition. People who think any dissent of the government is unpatriotic, and people who fall for the line line that Bush and Cheney keeps subtly suggesting that we went to war with Iraq because in some way they were behind the 9/11 attacks. To them I say, "oh really":

Responding to a presidential tasking, Clarke's office sent a memo to Rice on September 18, titled "Survey of Intelligence Information on Any Iraq Involvement in the September 11 Attacks." Rice's chief staffer on Afghanistan, Zalmay Khalilzad, concurred in its conclusion that only some anecdotal evidence linked Iraq to al Qaeda. The memo found no "compelling case" that Iraq had either planned or perpetrated the attacks.
The 9/11 Commission Report Section 10.3

Part of being a patriot should mean you have your own opinions. You might criticize the government, not because you hate it, but because you want to see it improve. I think there might even be a rule somewhere that says that's OK. Otherwise we are going to be stuck in a national case of groupthink that is going to lead us down some very bad roads. In some ways, it has already.

So next year on Patriot Day go ahead and take a moment of silence at 8:46 AM. And if you want to feel good about the USA go ahead. We really have been able to do some amazing things. And if there are some things that bother you speak out and work, peacefully(hey some people need practical advice), to change them. That is the reason the United States has been able to do those amazing things.

Perhaps also consider this. Just as in the pictures posted yesterday I would point out that 9/11 wasn't a national tragedy, it was a global tragedy. Just as terrorism isn't a national problem; it is a global problem. As the Russians recently found out. I keep think that perhaps a Patriot should also occasionally look at a different flag.

Posted by Attila at 7:33 PM No comments: 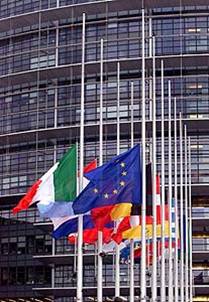 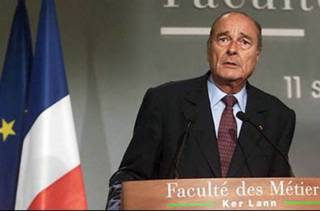 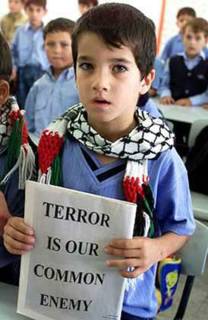 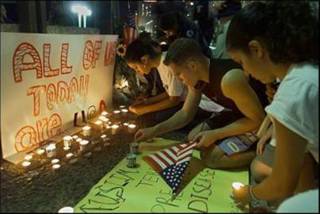 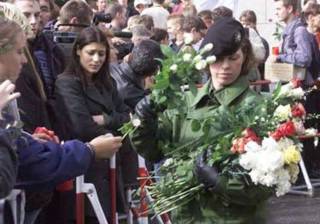 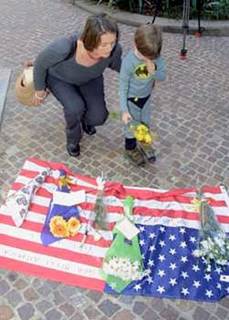 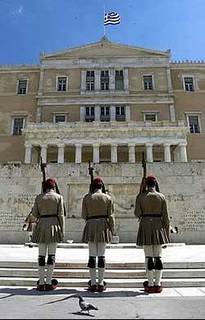 Posted by Attila at 9:58 AM No comments:

How much do you want to bet she's voting for Bush. 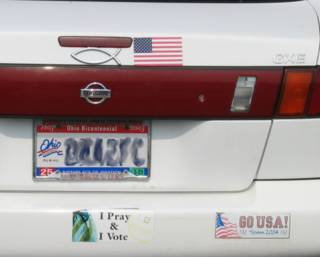 Wait just a minute now, doesn't that imply that prayer doesn't work. I mean you have an all powerful god that answers prayers, but you are still going to vote. I mean isn't that just a bit presumptuous. You also have all the religious people that will tell you sometimes god's answer is no. Hey, maybe the answer is no or maybe it just doesn't work at all. The evidence in any case seems sketchy.

So if you pray for your candidate to win and then go vote for him aren't you presuming to know what god wants. You, this mortal human who barley counts as a speck of dust in the vast universe, knows what God (omnipotent being, first cause of all things, the unmoved mover, etc.) wants. Maybe you should just skip the whole voting thing this year. Let god figure it out.

But for those of you who want to do your civic duty might I make a suggestion.

Posted by Attila at 2:53 PM No comments: